Board Directors are elected for a two-year term at the company’s annual general meeting and are eligible to re-stand for consecutive terms.

A Board of Directors, elected by WAGPET members, governs the company. Directors are elected for a two-year term at the company’s annual general meeting and are eligible to re-stand for consecutive terms.

The transition to College-led GP training 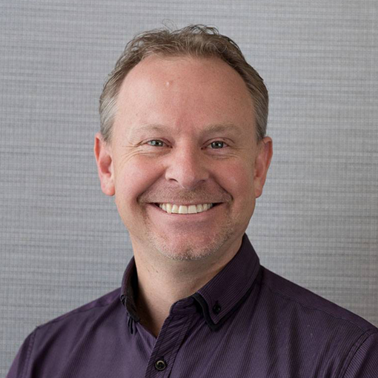 Damien Zilm is a Rural Generalist Practitioner. He graduated from the University of Western Australia in 1998 and became a Fellow of the Royal Australian College of General Practitioners (RACGP), in 2005. He Fellowed with the Australian College of Rural and Remote Medicine (ACRRM), in 2014. Damien has spent most of this time working across the Goldfields, both in private practice and hospital work. He is the practice owner of Meekatharra GP Clinic and also regularly works in Northam and Emergency Telehealth Service (ETS), where he also has a GP lead role at St John of God. Damien has special interests in emergency medicine, as well as palliative, geriatric, occupational, chronic disease medicine and Indigenous health. He is the country delegate on the Western Australian Primary Health Alliance Board. He is also on the RACGP WA Council, AMA Council of General Practice and Rural Doctors Association of WA Executive. He is also Supervisor with RVTS. Within WAGPET, Damien has been a supervisor and has previously chaired the Goldfields Registrar Advisory Committee and Supervisor Forum. He has been on the WAGPET Board since 2007, and during this time he has served on the Board as the Supervisor Advisory Committee representative, Nominations and Governance Chair, Vice-Chair and Chair. 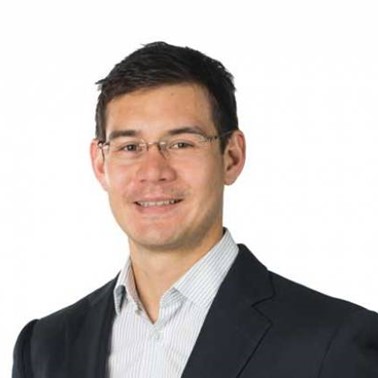 Dr Mortimer is a GP and ex-WAGPET registrar, having obtained his Fellowship with Royal Australian College of General Practitioners (RACGP), in 2015. He has worked in a mix of rural and urban areas, from Northam in Western Australia to Indigenous communities in Far-North Queensland, and is currently working in Albany as a full time GP and Rural Clinical School medical educator. With a long history of doctor-in-training representation, he was been a member of the Australian Medical Association (AMA) Doctors-in-Training committee for five years, and is currently a regular member of the AMA Council of General Practice and also a RACGP WA Council member. He is keen to continue his work on improving the training experience and quality of General Practice in Western Australia. 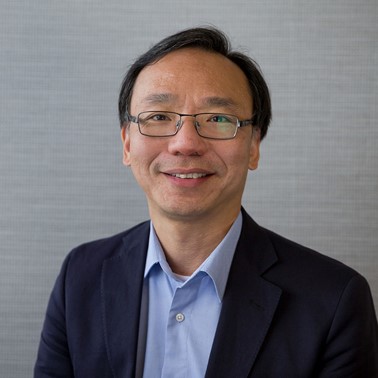 Dr Andrew Png is a General Practitioner who has worked in Kwinana since obtaining Fellowship with the Royal Australian College of General Practitioners (RACGP), in 1999. He has been an Australian General Practice Training (AGPT) supervisor for the last 15 years and has also supervised junior doctors through the Prevocational General Practice Placements Program (PGPPP), and the Remote Vocational Training Scheme (RVTS). Andrew is currently a member of the RACGP WA Faculty Council. He first joined the WAGPET Board in 2004 and has served on various Board sub-committees as well as currently serving as the GP Supervisor Representative for the Supervisor Advisory Committee. 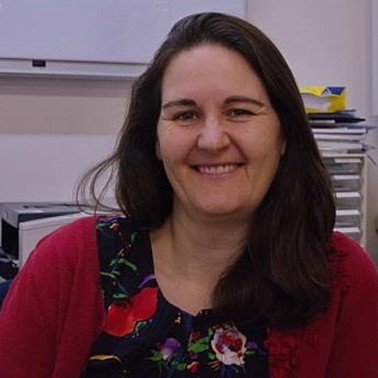 Dr Brennan received her Fellowship with the RACGP in October 2017, having completed her medical degree as a mature entry student through UWA in 2012.

Prior to applying for medicine, Dr Brennan was a published research scientist in the clinical field of cystic fibrosis, having been a founding member of the successful AREST CF team. During that time, she ran a small research team and learned how to manage teams, governance of budgets and reporting systems and supervision of staff and students.

In 2008, Dr Brennan chose to pursue medicine as she had found herself increasingly passionate about patient health and advocacy. After her junior doctor training, she was naturally attracted to General Practice. Dr Brennan remains a passionate advocate of patient-centred care, practicing at Glen Forrest Medical Centre, where she has also mentored medical students over the last two years. Whilst in an urban area, Glen Forrest sits near the border of the Wheatbelt and as such she is familiar with the challenges faced in health care of rural communities. 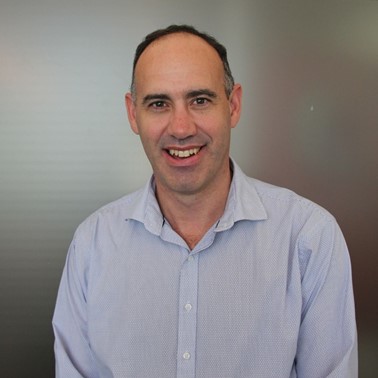 Dr Paul Myhill is an Endocrinologist who has worked clinically in rural and regional areas. He assisted in establishing the Rural Endocrine and Diabetes network of services to the Pilbara and Great Southern. Paul has delivered clinical services to the Gibson Desert for the last decade, and for years to the Great Southern, Moora and Narrogin. He continues to deliver regional telehealth services.

In his previous role as the Medical Advisor in Medical Workforce to the Chief Medical Officer in WA, Paul obtained an understanding of rural and regional workforce issues and assisted with the rural training policy. Paul is currently an invited member of the Expert Reference Group for the Commonwealth Review of all Rural Clinical School programs across Australia in the Rural Health Multidisciplinary Training Program.

Over the last four years at a State and Commonwealth level, Paul has worked to help clarify the GP workforce and training demographics of WA, identify training opportunities and needs, and help to reduce barriers to GP vocational training in the hospital system in WA. This project has re-invigorated a national discussion concerning GP access to, and readiness for training. 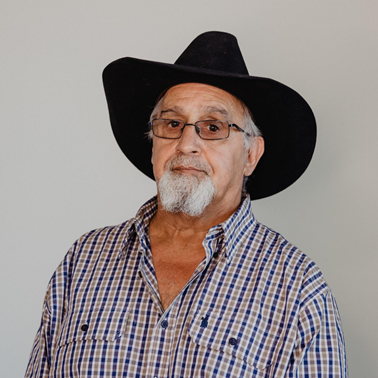 Malcolm has 15 years of experience working in state-wide, national and international health. He has worked in many organisations within the health sector where he has worn several hats representing Aboriginal health issues. Malcolm designed the Royal Flying Doctors patient boarding pass which assists RFD staff and the patient in the process of airlifting them from remote communities to hospitals.

From January 2020 Malcolm worked with WAGPET as a Cultural Mentor. He is committed, passionate and serious about everything Aboriginal Health and brings a wealth of knowledge and cultural background, helping to take WAGPET out in to the rural communities to understand them from a wholistic approach. 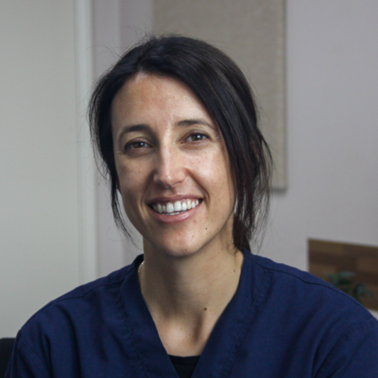 Prior to becoming a doctor, she worked as a hospital based physiotherapist.

Dr Bourke works in a comprehensive primary care practice in Quinns Rocks. She is the medical lead of their quality improvement team. She currently has a place in the RACGP ‘Future Leaders Program’  which reflects her interest in advocacy of General Practice and leadership. 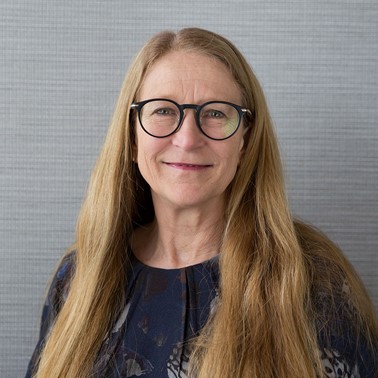 Dr Janice Bell is a general practitioner and has been the CEO of WAGPET, a whole of State regional training organisation, for the past 17 years.

Janice previously worked for GP Education Australia where she managed the transition to the new regionalised training approach in the early two thousands.

In 2011 Janice was awarded the RACGP Rose Hunt medal for services to general practice.

Janice has held management positions in several government organisations including community services, education, community mental health, and public health. She has run her own consultancy in staff training, organisational development and effective management.

She is also an AMA federal councillor, adjunct professor at Curtin University and member of both GP colleges. 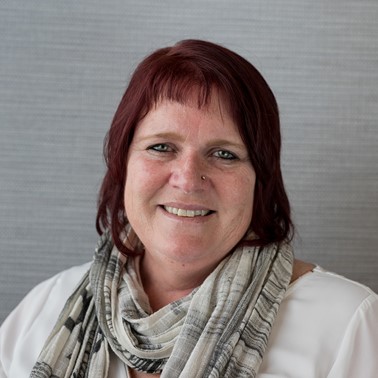 Trina Pitt has worked for WAGPET since 2004 and was Corporate Services Manager from the beginning of 2006, until being appointed to the role of Chief Financial Officer in 2015. Trina was appointed as the organisation’s Company Secretary in 2009. Trina has an Accounting degree from Curtin University, is a graduate member of the Australian Institute of Company Directors and a Fellow of the Governance Institute of Australia Ltd having completed studies in Applied Corporate Governance. Trina has had experience in both not for profit and for profit organisations in a wide range of industries including health, finance, publishing and sales, both in Western Australia and abroad.